WHY DID THEY BUILD STONE HOUSES NEXT TO THE ROAD? 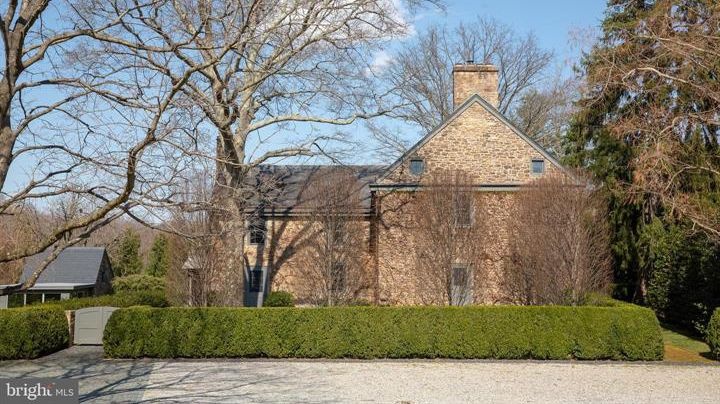 I get asked this question all the time. The quick and easy answer is: They Didn't. They built the road next to the house. Of course, if you operated a stagecoach stop, that might be an exception. But that was later. When most of Bucks County stone houses were built, there were no roads—unless you were in or near a major city.

We all take roads for granted. But in the early days, before the English settled here, roads were just not necessary. For the most part, people used Indian paths or bridle paths. There were no coaches, nor wheeled carriages. The Dutch, Swedes and Finns relied on the Delaware to move goods about, but by 1681 William Penn received his land grant and immediately started selling parcels to his English friends—mostly Quakers. In his original survey William Penn projected a series of roads through Bucks, but the settlers got there first and built fences, encroaching upon the proposed roads. His concept was soon abandoned. Whatever roads were built (by locals) tended to follow property lines and formed a crooked network across the county that made it very difficult for farmers to take their produce to Philadelphia.

Roads were not what we usually picture. To build a road, trees were cut down to clear a path, but the stumps were not removed, nor were large boulders. It was intended that the stumps would be cut low enough so that wagon axles could pass over them, which helps explains why the vehicles rode so high. But in the rainy seasons, the roads were nearly impassable.

As the population grew, something had to be done to accommodate wheeled traffic. So the Pennsylvanians followed the English tradition that went back to the reign of Edward III. They instituted toll roads. The very first hard surfaced road in America was the Philadelphia and Lancaster Turnpike. This was an ambitious project, finished in 1795, made from Macadam (invented by a Scot of that name) which consisted of layers of progressively finer stones—broken with a hand hammer—and spread over a finished soil surface, a shovel at a time. The weight of the traffic would compact the irregular stones into a solid surface. The only problem was that the Commonwealth could not afford such a project, so it was determined to incorporate companies that would sell shares and in turn, tolls would be collected to pay the stockholders back. To this end, tollhouses were built along the way and toll keepers were paid a salary—and given free board—to collect the fees. This practice was followed throughout Pennsylvania, and many toll roads—some only five or six miles long—served to connect communities together.

To keep it in perspective, the Lahaska to New Hope turnpike was 4 ¾ miles long. The company sold 500 shares of stock for $25 per share, making the initial capital $12,500. It cost them $16,255 to build the road. (This is when the average laborer earned $6 per week.) Apparently the toll was somewhere between a nickel and 25¢. From 1855-1865 the average annual income from tolls was $1300 and the average expense for upkeep $944. It took a long time for the investors to make their money back (if at all).

Why were they called Turnpikes? This was named after the gate that was built to stretch across the road. A long pole—or pike, as in weapon of war—was attached to a vertical post, and it would be turned by the attendant to give access to the traveler. Needless to say, there are many stories about people trying to avoid paying tolls, and I suspect the toll keeper must have been a tough fellow to put up with the troublemakers.

The so-called age of the turnpike lasted from about 1810 to 1860, but the railroads pretty much took over for transporting goods across the country. It wasn't until the car came along that roads recovered their importance. Here are some interesting statistics from the U.S. Census Bureau webpage:

Only 65%! That's amazing. I found a website https://gis.penndot.gov/PavementHistory/ that tells us when some of the major roads were paved:  For instance, Street Road at Mechanicsville (Reinforced Concrete) 1965; Bridge Street New Hope (compacted concrete) 1939; Aquetong (Reinforced concrete) 1965; Mechanicsville (Crushed Stone) 1932; Headquarters Road (Crushed Stone) 1948. All this time, having a stone house on the road must not have been a big deal! No one is going to be barreling down these roads at 60 MPH. So I would say that the inconvenience we suffer today is of short duration, when you take into consideration the whole history of the stone house itself.