Remodeling a Kitchen in a Bucks County farmhouse 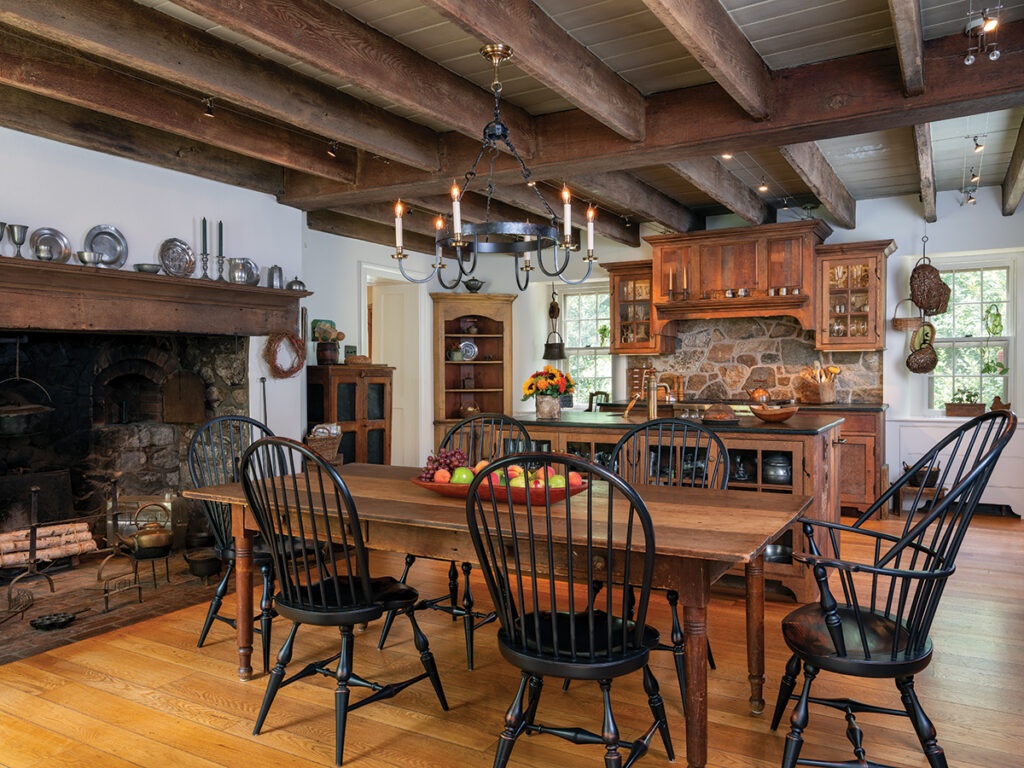 The lady of this 1790 stone Bucks County farmhouse has worked on many buildings, but when it came to remodeling a kitchen in her own home, changes frightened her. Recalling the family’s earlier work on the house, “I was young and scared,” she says, smiling. “We did the kitchen in 1990, but I could not bring myself to follow my designer’s advice. For the next 15 years I lived with the result. Finally, in 2016, I called him and said, ‘okay, I’m ready.’”

The homeowners are a retired physician and his wife, who owns and manages rental real estate. They bought the 4,000-square-foot house in 1987. On the tax rolls by 1790, the original house was built by Quaker farmers. In the 1920s, it was renovated in a Colonial Revival spirit and a sunroom was added. In 1969, it became a rental property.

“When we bought the house,” the wife says, “there was no kitchen, just some so-so appliances in an alcove. What had been the kitchen had become a living room. The plumbing and wiring were shot, there were dead birds in the toilets.”

But the house, constructed of local fieldstone, was sound. And that’s what posed a problem for the homeowner.  The first time around, “I contacted Mark Slouf, a local builder specializing in the restoration of old houses,” she explains. “We turned the sunroom into a family room and built a new kitchen where the original kitchen had been.”

During the 1920s renovation, a wall had been removed to incorporate a back bedroom into what was becoming the living room.  The 22 by 26-foot space was left with one end wall punctuated by three windows installed during the 1920s.

“Mark told me that the middle window should be removed  to make space for the stove and hood vent. But cutting again into the old stone wall was too scary for me,” says the homeowner. “Going against Mark’s advice, we left that wall alone, and put the stove in the middle of the room, with a downdraft vent.”

The mistake was immediately evident: “It cut the room in half,” she admits.

Recently, Mark Slouf headed up the second renovation, which created a kitchen that beautifully suits the 18th-century house. It’s the result of “an emotional, aesthetic, and functional collaboration”  among the owners, Slouf, the cabinetmakers, and decorative artist Robert Dionne. “This is my top favorite project, to date,” says designer Cheryl Scerba–Cummings, who works with Levi Stoltzfus at Cabinets by CW. “From our first conversation, I felt that the homeowner and I aligned at a deep level, and I was honored to help deliver her dream.”