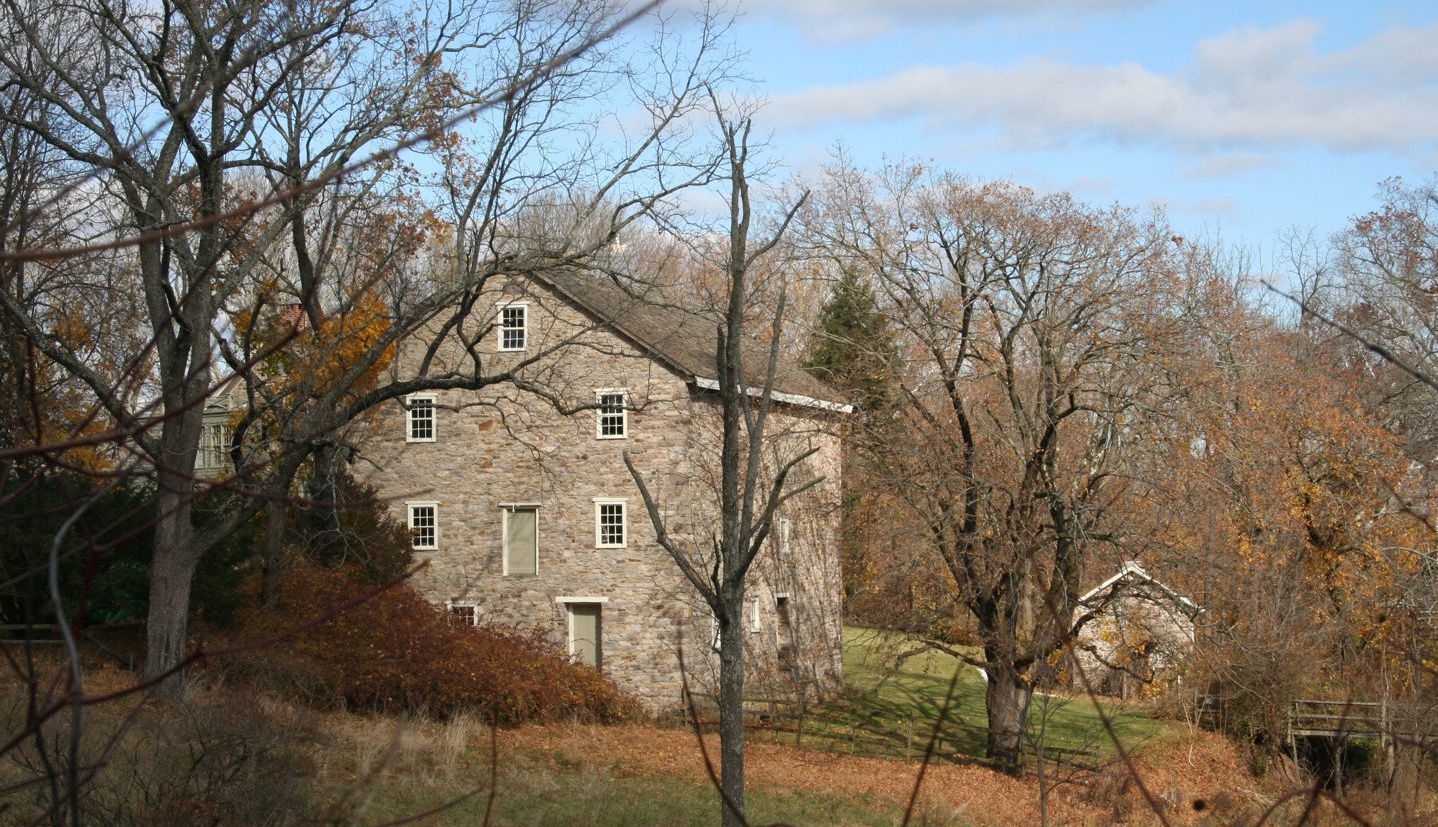 Stone houses have a particular attraction to the buyer looking for a unique property. First of all, they aren't built anymore! Secondly, they feel like a tangible link to our past. America is a young country, and stone houses built before the Revolution are rare, indeed. When I was a new agent a homeowner stumped me with his label "vernacular", but I soon came to understand these houses were domestic examples of the everyman's home—what would be most commonly found in the region. These days, for the most part, the original section of the house will be small and quaint, and additions have been added over the years—some made of stone, some from different materials, often clapboard.

How to identify a stone house? The exposed stones are the easy part—sometimes. Modern cultured stone can sometimes deceive at first glance; this is a concrete product cast and colored to look like stone. It will usually be found on development homes, but not always! If a house is covered in plaster, it's still probably a stone house. The 20th century preference has been to remove the plaster and expose the stone. But in the period, that was considered rubble and unsightly. The plaster served to dress up the house; it also provided protection against the elements. Only houses with "dressed" stones—in other words, cut square—were left unplastered. These belonged to the very wealthy. Occasionally you will see a plastered house that is not stone but this is pretty rare. Sometimes they plastered brick. Or, if you remember the Tudor half-timbered houses, American colonists built a few and covered them with plaster on the outside. The best way to tell if the house is stone is to look at the windows on the inside. A stone house will have deep window sills—probably around 18".

The oldest stone farmhouses are pretty reliably identified from the main (or keeping) room—if they haven't been altered over the years. This room would have been their living space and kitchen all thrown into one; it's where the term keeping house came from. The oldest homes have a walk-in fireplace, or at least a fireplace taking up much of one wall. On one side of the fireplace you will usually see a winding staircase—also called boxed stairs, or even pie stairs, as we refer to them in Bucks County. One set goes up; next to it, behind a door, the other set goes down to the cellar. The winding stairs will continue from the second floor into the attic—which will usually have the oldest and widest floor boards in the house. Straight staircases tend to be later—after 1850—or part of a grander, estate home.

The keeping room fireplace may originally have been on the exterior wall; an addition was often built on the other side of it. Again, the way to tell is look at the depth of the interior doorway; if 18" wide or so, you're walking through an original exterior door. From the outside you will see a long stone house with a chimney in the middle (and probably a second one at the end). That middle chimney is a give-away that there was an addition put on. Also, you can usually spot a vertical line in the stonework where the original corner once stood; there's a good chance the stones are patterned differently on each section, having been laid by another mason.

Some stone houses have two front doors. No, you are not looking at a duplex. One of the front doors led to the parlor, which was kept pristine and rarely used except for special occasions. The other door would open to the keeping room, where the family cooked, ate, and generally lived (with the big fireplace). Upstairs, you will usually pass through a little "hall" room (from which you can go to the attic) leading to two very small bedrooms.

A larger stone house might have had a summer kitchen, either attached to the building or standing alone. It, too would have a large fireplace. Now you're getting higher on the social ladder, so to speak. Occasionally, I've seen a large fireplace in a walk-out basement, which I assume served the same purpose as an outside kitchen—in other words, keep the heat out of the house.

Another way to guess at the age of the house is to look at the joists in the basement. The oldest homes have flattened logs for floor joists; some even have the bark still attached. They are usually spaced farther apart than we are used to today, but don't worry; remember they are first growth logs and incredibly strong. Later on they would shape square joists with an adze; you can still see the marks in the wood where they are cut by hand. Milled joists indicate mid-19th century or later, as a broad generalization.

You might have a dirt floor in the basement; concrete floors are a later improvement. You will see a huge foundation for the fireplace; this is not a separate fireplace but rather a "footer", just like you'd need today. Also don't be surprised if one of the chimneys in the house is dedicated to the furnace; central heating came much later and this is one way they adapted, making the fireplace attached to that chimney unusable.

Exposed ceiling rafters are also a delight to the modern eye. If you take a closer look, you might see a bunch of holes in the rafters; this is where a solid ceiling has been removed at some point in the past. Also you might be looking directly up at the floor boards from the second story. Take a look at the "beading", or decorative edge on the flooring, if you are lucky enough to see it. One plank will be beaded on both edges then nailed next to a plain board, to look like there's a bead at each seam. Since there was no tongue-and-groove in the early days, you might see light between the edges of really old floorboards. This is not a bad thing! It certainly does not mean the floors are falling apart; they are to be treasured. Generally, the wider the floorboards, the older they are.

Once you develop an eye for stone house characteristics, you find yourself looking for clues every time you walk into one. They are not always easy to spot, but every old house has secrets just waiting to be discovered.